A Renewed Sense of Purpose 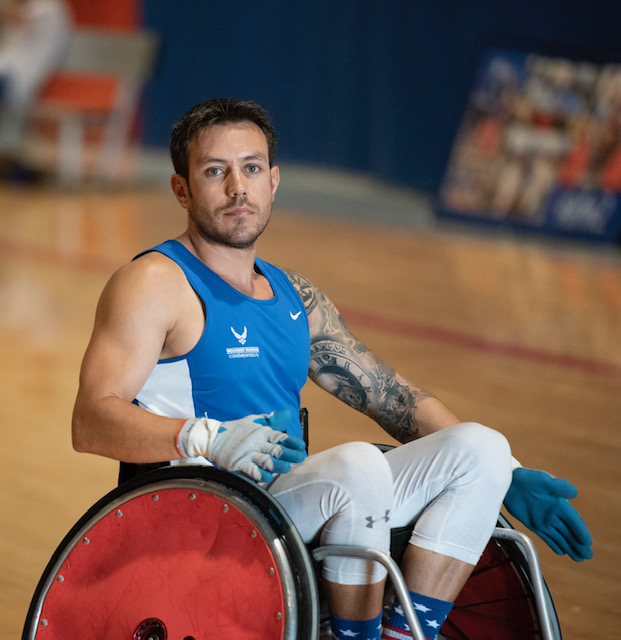 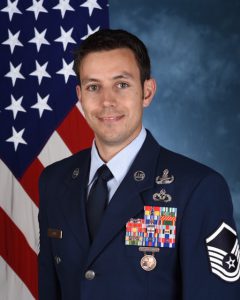 Master Sergeant Kenneth Guinn joined the U.S. Air Force in 2004 as a way to serve his country and to honor his family’s tradition, with both his father and grandfather having served during wartime. After suffering two injuries, one while deployed in Afghanistan, doctors determined that he would need reconstructive surgery on both knees and told him he would probably never run again. MSgt Guinn had a difficult, painful, and long recovery process over the course of several years. His recovery and life changed when he learned of the Air Force Wounded Warrior Program (AFW2) and the Warrior Games.

Founded in 2010 by the Department of Defense (DOD), the Warrior Games are designed to introduce wounded, ill, and injured service members and veterans to Paralympic-style sports. The AFW2 team is a mixture of active duty, Air National Guard and Reserve, and Air Force veterans who compete in the games. With a renewed motivation and a goal to succeed, MSgt Guinn focused his efforts on competing during the Air Force Trials to make the Air Force Team for the DOD Warrior Games. He succeeded to advance to the Invictus Games, representing Team USA in 2018.

“I really enjoy sports. They definitely helped me through my recovery and my rehab and gave me motivation, and a sense of being part of a team again. So, to be selected for the Invictus team was unreal,” said MSgt Guinn. 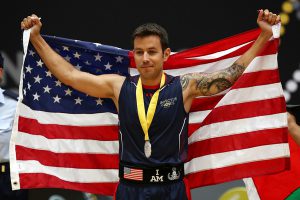 The Air Force Aid Society (AFAS) supports the AFW2 program, wounded warriors, their families and caregivers through their programs but also is a sponsor of the Air Force Trials each year at held at Nellis Air Force Base.

MSgt Guinn considers himself to be a well-rounded athlete, but he is more known for track, holding four of the five records at the Warrior Games. He also competes in field recurve archery, powerlifting (where he also holds a record), sitting volleyball, wheelchair basketball, wheelchair rugby, and shooting.

Being part of a team again gives MSgt Guinn a renewed sense of purpose. AFAS, through their support of AFW2 and the Warrior Games, has made him and other Airmen feel “unforgotten.”